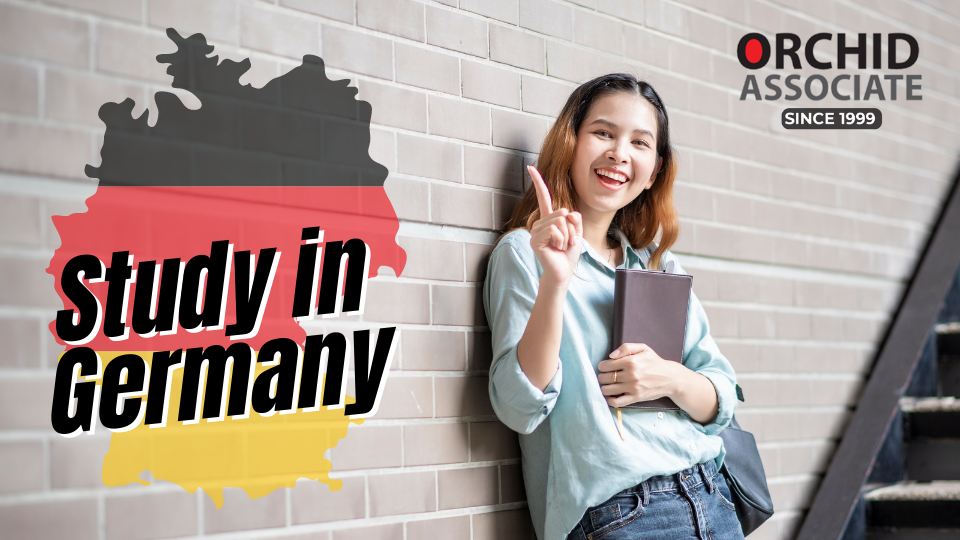 Germany is officially the Federal Republic of Germany. It is also known as Deutschland. The country in central-western Europe is a federal parliamentary republic that includes sixteen states, and has eighty-two million inhabitants, making it the most populous member-country of the European Union.  Also significant is the fact that Germany is the most popular choice for immigrants, after the United States of America.

Germany is the country that has seen one of the highest numbers of international students going there in recent years. Also, after the United States of America, Germany is the most popular choice for immigrants.

Why Study in Germany?

A plethora of reasons exist to answer this specific question.

The overall safety of Germany, easy and hassle-free working opportunities during and after the course of the program, easy transportation, cost-effective lifestyle are some of the most popular reasons to study abroad in Germany.

Study in Germany in English

There was a time when international students kept Germany off their lists because of the language barrier. Germany was quite rigid about ensuring that students who went to the country to study had a certain level of proficiency in German. Necessary certifications were needed to prove that.

However, lately, they have relaxed their language-related norms a lot, and many colleges and universities in Germany now offer graduate and post-graduate programmes in English. This has opened up the country to international students, and they have been taking full advantage of a very high standard of the education system.

Other Language Requirements to Study in Germany

If the University asks for German Language Proficiency, here are the proof of tests you can provide to Universities:

Although the image of Germany internationally is that of a country full of serious and hardworking people who do not know how to enjoy life, the facts are quite the opposite. First and foremost, Germany is a country of beautiful landscapes and lakes. Also, there is everything that a young international student would need to enjoy staying and studying for getting a degree. Contrary to the backdated belief, student life in Germany is full of excitement and fun!

It’s been widespread that students pay a nominal charge for their living. Most of the top universities in Germany provide residential facilities. The accommodation help desk will guide you thoroughly if you have any doubts. Else you might also hire a rented room.

Besides lodging, food, basic utilities like electricity, phone bills etc., and books might cost you around 650 to 700 Euros on an average. You must remember in this context that this price varies significantly when it comes to big and small cities. Choose a simple lifestyle to save overall costing. However, occasional dining, driving and visiting the numerous spots that Germany offers must be a mandate to balance the hectic academic life.

Germany provides researchers with top-class infrastructure and offers them a wide variety of disciplines. Also, research in Germany need not happen only in universities. There are institutions run by the federal state authorities, companies and non-university institutions that not only promote but sponsor research. German research facilities have competent and extremely supportive staff, giving international students one of the best reasons to study in Germany.

Germany is the world’s third-largest exporter of goods. It has a very highly skilled labour force and a large stock of capital. Among all the member countries of the European Union, Germany has the lowest youth unemployment rate. The country has very low levels of corruption and has the highest labour productivity in the world. It was Germany that introduced the Euro, in 2002. Germany therefore has one of the most stable economies in the world.

The primary responsibilities of supervising the educational system and functions in Germany lie with the federal states. Kindergarten education is optional for students between three and six, but the federal states offer it to every child.

After this level, it becomes mandatory for all students to attend school for nine years. The secondary schooling system in Germany has three different levels- one for the most talented and meritorious children, another for those who are at the intermediate level, and one for those who want vocational education.

Some of the best universities in Germany are run by the government and do not charge fees. International students who want to study abroad in Germany can avail academic education that is tuition-free.

The engineering universities in Germany provide quality education in all the fields of engineering. Studying in Germany is an excellent choice, as it will undoubtedly teach International students far more than course material. Here are the Germany top universities for Engineering :

MBA universities in Germany are counted among the best business schools in the world. The main benefit of pursuing an MBA in Germany is that you will get plenty of options. This wide range of specialisation will help you to find something that will be the perfect choice for your career goals. Here are the best universities for MBA in Germany

Orchid Associate is an educational institute’s representative who always acts as a strong bridge between the institutes and prospective students. We also provide a platform where the students can select their right university.